On this Podcast we look at the Philadelphia Experiment. A rumored naval experiment operated out of the Philadelphia Naval Yard. It supposedly ran during World War 2 alongside operations like the Manhattan project. It’s said that the experiment was into the practical application of ‘invisibility cloaking’ for war ships via the bending of light. But it accidentally and uncontrollably morphed into incidents of teleportation and time travel, with some monstrous consequences. We’ll discuss the arms race, unfettered scientific research and the incredible breakthroughs of the age that gave rise to limitless ideas of wartime technological advancement.

Jessup, Allende and the US Navy

In 1957 author Morris K. Jessup is called by the Office of Naval Research who have received a peculiar package. A copy of Jessup’s book ‘The Case for the UFO’ filled with strange handwritten notes on aliens, flying saucers and alluding to the time travel in Philadelphia. Jessup recognized the handwriting of a Carlos Miguel Allende. In 1955 Jessup had received letters from Allende claiming an eye witness account of the 1943 incident in which he says the USS Eldridge traveled through time and space. The events were baffling to Jessup and the ONR, but the story seemed over in 1959 when the author tragically died. We’ll discuss his the the men at the center of the genesis of this tale and their mishmash of troubled lives and curious deaths.

The Inside Men: Al Bielek and Phil Schneider

We look at the incredible updates to the conspiracy with the claims of Al Bielek. A man who purported to be a member of the Phildelphia Experiment, and the secretive Montauk Project. Going on to become a time traveling agent for the US government. Having his consciousness transferred to a baby and even working as a tour guide in 2749. And the purported connections of USAF engineer Phil Schneider. Who said that his father Oscar Schneider was chief medical officer on board the USS Eldridge during the experiments. And that Oscar, a world War 2 U-boat captain, was brought to the US under Operation Paperclip. We also look at the rumored involvement of scientific heavyweights like Nikola Tesla, Albert Einstein and Julius Oppenheimer.

There’s claims of horrific accidents, government cover-ups, suppressed technologies and even a suspicious suicide. The real science of the time and the factors that could have led to the story that still intrigues and confounds today, inspiring lectures, books and even Hollywood movies.

So it’s all hands on deck as we fire up the Tesla coils and go Back in Time.

This episode is now only available to Patreon subscribers, as well as the rest of Season 1. You can become a supporter of the show by clicking here and choosing your level of support. From just $2 per month you will be able to listen to this episode and all other TCG episodes ad-free on the private Patreon RSS feed, in your favourite podcast app. Thanks for your support 🙂 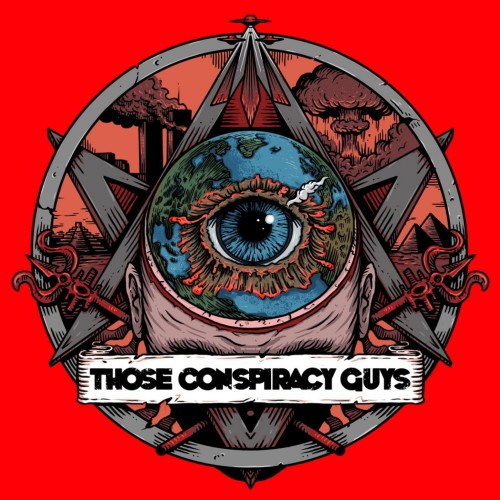 Those Conspiracy Guyshttps://thoseconspiracyguys.com
Those Conspiracy Guys is a collaboration of writers, comedians and fabulously interesting people. We all have one goal that supersedes all others, to entertain. If anything gets in the way of that, then we get it out of the way or go through it.
Next article
September 11th Attacks