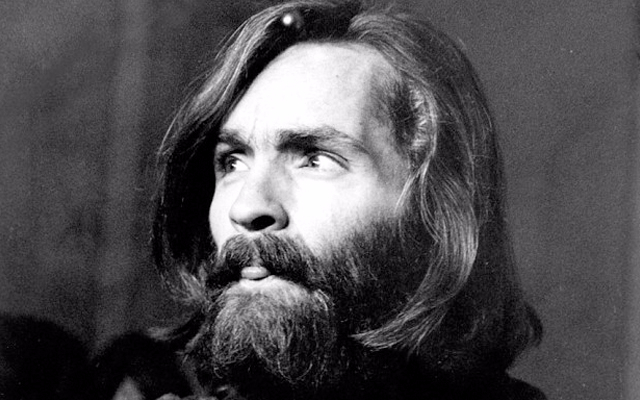 Charles Manson and The Manson Family

On this Podcast we look at the pseudo religious, psycho sexual, drug induced, identity erasing cult that graduated into a murderous gang that sought to ignite a race war to end all society. The archetype case of murder by mind control. The story of Charles Manson and the Manson family runs as a cautionary tale of the dangers of the desperate desire for notoriety and the relinquishing of one’s mind in order to feel included and protected. We’ll examine the factors of cults and their charismatic leaders and the all too familiar hallmarks of mind control.

From his eccentric and unique early existence as a ‘No Name’ child through to his early criminal history and prison time we’ll follow the life of Charles Manson. The influences like the Beatles and Bing Crosby that ignited his musical passions and the racial divides that soured his vision of society. Eventually giving birth to his dreams of adoration and power. We’ll follow him to California as he set up house with Beach Boy Brian Wilson and producer Terry Melcher. Carrying in tow a selection of runaways and disenfranchised youth he used to propel his aura of a Christ like savior for the coming ‘Helter Skelter’ and the new age of Aquarius. Then to the Spahn Ranch where he retreated into the madness of his own twisted and grotesque view of existence.

Throughout the sixties Charlie was escalating his control over his followers with increasing drugs and abuse. And the crimes he was ordering them to commit were escalating from violence, theft, rape, prostitution, kidnap to finally murder. Thus it was that the 1960’s era of peace, love and freedom was brought to a shocking climax when in 1969 the Tate and LaBianca murders happened. In an atmosphere of cultural fear over satanic cults and ritualistic murder the brutal slaughter of the pregnant wife of filmmaker Roman Polanski and five others at their home led to the end of the family and Charles Manson. We’ll discuss all factors and current information on Charlie and his followers and the theories of MK Ultra and CIA involvement as we go inside Charles Manson and The Manson Family.

Those Conspiracy Guys - 21/10/2016 2
Ed and Lorraine Warren On this Podcast we slip into the spirit of the Halloween season with the most famous paranormal investigators of them all....

Those Conspiracy Guys - 02/10/2014 4
MK Ultra and Mind Control On this Podcast we look at the incredible true story of the CIA run Operation MK Ultra and mind control...