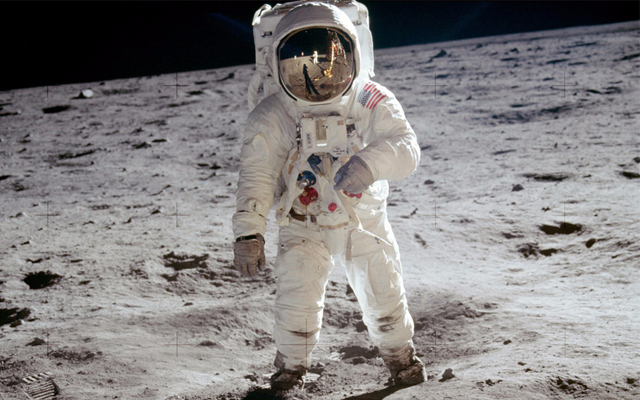 On this Podcast we discuss one of the sacred cows of conspiracy. One whose legacy of wild theories and analysis of constantly updating information have built to a critical mass for the better part of 50 years. The debate surrounding the crew, rocket, footage, and even the very existence of the Apollo 11 moon landing mission rivals that of 9/11 and the rumored Roswell UFO crash. We’ll look into the enigmatic mystery that follows one of the great landmarks of human endeavor.

In the fevered space race of 1969 the USA, under JFK’s insistent rallying call, spent billions of dollars to to be the first to put a man on the moon. As nuclear proliferation and worsening diplomatic ties made Russia the enemy of the day. An enemy who had already put the first satellite Sputnik, the first dog Laika, and the first man Yuri Gagarin into space. But the theories say the technology of the Apollo 11 mission wasn’t sufficient to reach the moon. The navigation of the dangers of the Van Allen belts, free radical radiation, insulation issues, spacecraft manufacture, landing, re-entry, data processing and even trajectory projection had only a miniscule chance of success. We’ll cover all the competing science attempting to unravel the lunar mystery.

We’ll also talk about the wider edge of the theories that analyze the live broadcast and the photographic and video evidence released by NASA. With claims about the space agency’s collusion in a wide reaching media cover-up to to either hide some incredible information, or fake the whole mission. Questions over the cameras and film, strange shadows, flapping flags, bizarre bootprints, curios crosshairs and irregular light sources. Some even say that there are missing cosmonauts and suspicious deaths orbiting the space program. And even luminary director Stanley Kubrick is claimed to have directed Neil Armstrong, Buzz Aldrin and Michael Collins in a sound stage mock up of the Moon’s surface, with footage of the astronauts rehearsing. All these questions and more as we follow every kilometer from here to the Moon and back again.

Those Conspiracy Guys - 05/10/2019 1
On this episode we talk about a lesser known but extremely influential woman at the forefront of esoteric thought and a pioneer in the...

Those Conspiracy Guys - 15/10/2017 0
On this episode we talk about one of the most important revelations in modern technology, suggests tangible solutions to the energy crisis and the...

Those Conspiracy Guys - 17/10/2014 1
Mermaids On this Podcast we dive into the undersea world of the much maligned marine cryptid that are Mermaids. The half fish half human hybrid...