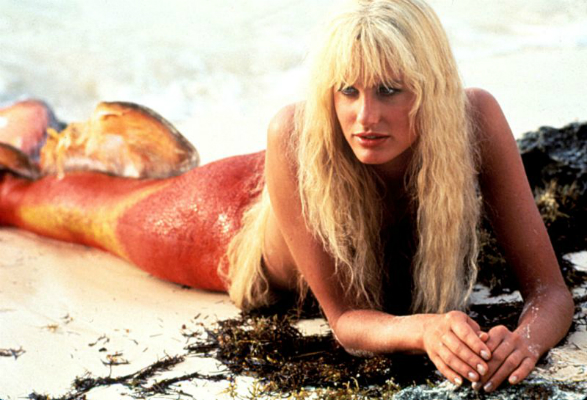 On this Podcast we dive into the undersea world of the much maligned marine cryptid that are Mermaids. The half fish half human hybrid riddled throughout a multitude of mankind’s folklore. The current depiction of Mermaids sees them as skilled sirens who sometimes soothe weary seamen with their alluring singing and beautiful looks. But theses siren songs are the sounds of death, luring dehydrated, rum soaked and scurvy suffering sailors down to Davy Jones’ locker where they feed on the flesh, or maybe the souls of drowned men. They are a curiosity that has fascinated man for centuries and has been the center of oddities like P.T. Barnum’s Fiji Mermaid. We’ll talk about the position of Mermaids in the stories of fact and fiction that have presented them throughout modern culture and the many facets of their descriptions and depictions.

The Tall Tales and the Fish Tails

Tall tales of mermaids have been around as long as humans have fared the seas. Their classic description is that of alluring female torsos with with the tail of a fish. Throughout human history sailors of every culture and race have described controversial claims of encounters with the reclusive creature. Many different civilizations have held the seaman’s accounts of Mermaids in high regard and have considered their existence as fact. Ancient Mesopotamian, Babylonian and Egyptian all have rich traditions of human fish hybrids. Versions of the mythos whose influence may be the foundations of the many iterations of the mermaid today. But what could really be behind these many accounts from sea faring folk? The possible contaminants of alcohol, sunstroke, dehydration, scurvy and malnutrition affect the mind and can create hallucinatory visions. And the chance of fishermen telling tall tales is a commonly perceived culprit. We cover the many historically recorded sightings of sailors, monks and celebrated explorers and consider the factors and possibilities of these accounts.

The scientific community may have come up with it’s own explanation for the fish tailed phenomenon. Many have pointed to the simple mis-identification of the many varied species of marine life as a plausible theory. Manatees and dugongs, the cows of the sea are often considered the rotund reason that shapely female forms are spotted from ship’s decks. Others have pointed to species of jellyfish and reptiles like the Caiman as creating the perfect silhouette for sightings of long haired women. There’s even the very real possibility of a new and as yet undiscovered form of marine creature, with the deep oceans a still unexplored haven of undocumented life. Then there’s the aquatic ape theory that suggests mermaids could be a not too distant member of our own family tree. A split in our evolutionary branch that saw our ancient ancestors remain in the oceans to evolve their own separate yet similar species of humanoid. With the switch to a water based primate mammal supposedly leaving signs in our own physiology. The theory espoused in numerous Discovery documentaries. We talk about all the research and and cutting edge theories of the secret creatures of the deep seas as we man the decks and hoist the rigging.