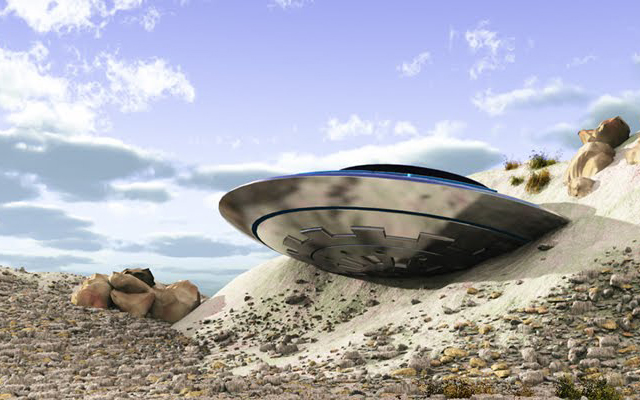 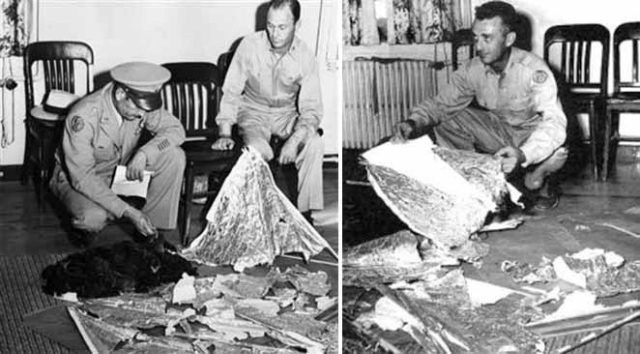 On this Podcast we take a look at the Roswell Incident. An event that took place in the seemingly ordinary New Mexico town in 1947 but remains as prominent and contentious a conspiracy theory as any known today and has cast the name Roswell into global recognition. Seen as the cornerstone of the theories surrounding UFO’s and intelligent alien life this story of crashed “flying saucers” and recovered extra terrestrials shocked the world. Amid the fevered atmosphere of early UFO sightings and research this event seemed at the time as the long anticipated official confirmation of the UFO phenomenon. But the furious retraction of the authorities have cast this event into the arena of a ferociously argued conspiracy. We’ll look at all the early sightings culminating in the Roswell incident itself and discuss the public and private reaction.

UFO’s, alien bodies and the cover-up

The story began as Roswell locals discovered the crashed remains of what they believed to be a flying saucer. The immediate rumors of a UFO crash sent Roswell locals into clamor for more information. But it was when the US Air Force became involved that the story gained global notoriety. A press release confirmed the incredible discovery. The story exploded and as rumors began about the recovery of Extra-terrestrial life-forms and incredible advanced technologies the whole story was hastily contradicted and recanted by the Air Force. The media was quickly furnished with the now famous ‘weather balloon’ explanation. Proposing a calamitous mix up by US Air Force personnel and mistaking of an alien spacecraft for a wood and foil weather balloon. It provided a swift and anti-climactic end of the official story, and was the birthplace of the conspiracy theories. Talk raged of a wide reaching government cover-up of the truth of alien beings, some dead and some captured alive, giving incredible insight and information on these celestial visitors. We cover all the twists and turns of the original incident and the testimonies, old and new, of the people involved from the very beginning.

Majestic 12 and the Grand Alien Conspiracy

The Roswell incident, coming at the height of UFO hysteria in the late 40’s, was the very birth of a grand alien conspiracy theory. For decades numerous researchers, investigators and the newly coined UFologists descended on Roswell. Providing books, documentaries, in-depth analysis, inside information and first hand witness testimonies it’s these accounts that have grown the mythical aura of Roswell and the further theories of alien technology, contact and even control all hidden from mankind. Through the rumored dis-information campaigns of Operations Bluebook and Grudge it’s said the U.S. government sought out to obscure and discredit the existence of intelligent alien life. The creation of the clandestine special executive group Majestic 12 provided the oversight, orchestration and resources for the “alien agenda” to go deep classified and out of the reach of Congressional, or even presidential, review. Over the years numerous information has claimed to confirm this grand conspiracy. Leaked documents, alien autopsies, anonymous insiders, abduction accounts and masses of photographic and video evidence are strewn throughout the internet. We’ll look at the real possibility of alien contact, hidden technology, shared knowledge, secret control and what these theories mean to the world today.