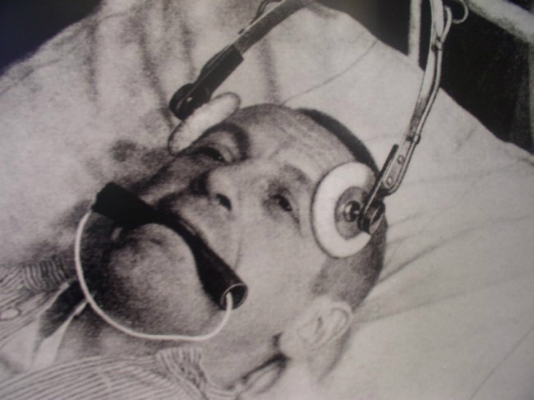 On this Podcast we look at the incredible true story of the CIA run Operation MK Ultra and mind control programs, facilities and techniques that were created from it. Programs that may still be in operation today and techniques that may have a hand in almost all modern conspiracies. It remains today of the most recognized and widely confirmed conspiracies ever known thanks to the release of declassified CIA documents, independent government investigations and FOIA requests. Seen as a major landmark in uncovering the truth of long suspected U.S. government agency oversight and undeniable flagrant human rights violations. The MK Ultra program began as an extension of Operation Paperclip, the widely confirmed operation of the expropriation of Nazi scientists and research after World War 2, and it showed just what nefarious and inhuman experiments these ex-Nazis were conducting for their new CIA masters. We cover all the history and genesis of MK Ultra through the Nazi Mind Kontrol era and the birth of the Central Intelligence Agency.

Starting in the 1950’s the MK Ultra and mind control programs were born into an era of a wildly escalating arms race and savagely bristling Cold War. As political sabres rattled research into weapons, drugs and manual techniques for psychological warfare exploded. MK Ultra employed the new and dangerous creation of the psychotropic LSD as well as Heroin, Marijuana, Sodium Pentothal and numerous other substances as a means of controlling or disorientating behavior and actions. Using “blind drops” on unsuspecting government personnel and force-ably administered doses on the civilian population. The tests continued into physical abuse including electroshock therapy, beatings and torture. But it was the mental techniques that created the most damaging legacy of MK Ultra. Developing the now established process of shattering ones psyche and using the splinters of the mind as programmed unconnected cells. A process involving hypnosis, subliminal messaging and sensory deprivation and ultra exposure. We’ll explore all the gory details and shocking confirmed reports of abuse and the psychopathic goals and sickening achievements of the vast number of projects.

As horrific as the uncovered actions of MK Ultra are it’s the rumored hidden extent of the operations that paint an influence on global society that surpasses and connects to every other modern conspiracy. The theories of Manchurian Candidate style programmed assassins plays into the narratives of some of the most contentious murders and mysterious deaths of the last 60 years. Sleeper agents activated at the utterance of a word holding powerful positions of control in media, military, government and industry. Further accusations talk of Project Monarch, a global network of kidnap, slavery, experimentation and sexual abuse all in service to this clandestine network of agencies and secret societies still practicing these horrific MK Ultra and mind control techniques. Many of the projects centered on the revolution movement of the 1960’s in San Francisco and New York and theories suggest a powerful MK Ultra influence on the psychoactive drugs, cult leaders, ritual murders, mass killings, shattered peace movement, racial tensions and paranoid societal disorder that hampered the era. And it’s those “psy-op” programs that continue to affect society worldwide today. We’ll talk about all the information, confirmed and unconfirmed, from the long and sordid history of MK Ultra and the indicators of it’s continuance today.