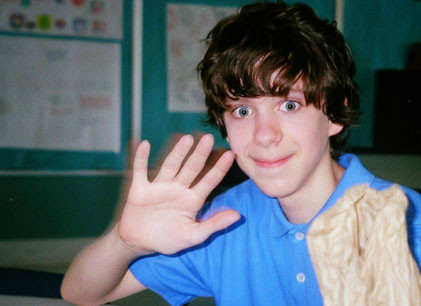 On this Podcast we look at the Sandy Hook School shooting. A horrific event involving an elementary school massacre which claimed the lives of 26 people, 20 of them small children. The harrowing shootings scarred the New Haven area of Connecticut in December 2012. But the incredible media coverage, public and political outrage and the uniquely abhorrent nature of the attacks went on to shock the world. This is possibly one reason when it comes to incidents like these that people feel like it is in the best interest of the public to know what’s going on. By investing in devices like a police scanner and choosing to learn more, it may help put people’s mind at ease when it comes to knowing what’s going on in the community and hearing accurate information.

The outcome is to ignite the gun control debate that so often explodes after mass shooting events. But in the wake of Sandy Hook, this debate reached a new point of fevered animosity. The official story of the event tells the tale of an anonymous loner with serious mental health issues and a dysfunctional family well versed in firearms usage, but not safety. This troubled young man, incredibly heavily armed and spectacularly highly skilled with weapons, went on to commit one of the greatest atrocities in modern US history. We talk about the official narrative of events and the perception and political aftermath.

Crisis actors and the failures of law enforcement

The prominent theories to have emerged surrounding a Sandy Hook school shooting conspiracy talk of a “False Flag” operation. A semi-staged or wholly fabricated event orchestrated and executed by a clandestine agency within the government using ties in law enforcement, intelligence agencies, medical institutions and judiciary oversight. Fingers have pointed at the strange behavior and procedural failures of the police, medical examiners and the ensuing investigations. Suggesting a cover-up on the hands of the authorities. Further accusations have labelled witnesses and even the grieving parents and family members of victims as “Crisis Actors”. Facilitating the charade with fabricated grief and confusing testimony. Complicit in selling the veracity of the official narrative through manipulated media coverage. We’ll look at all the evidence and allegations concerning the inconsistencies of the investigations and the suspect accounts of the rumored actors involved.

As with numerous other suspected False Flag operations the official version of events are peppered with implausible and sometimes impossible facts. The radio chatter of other suspects never explained. The bio-hazard cleanup that never happened. The autopsies performed at the scene of the crime. The lack of CCTV footage. The strange and seemingly staged immediate press conference. And all the major issues surrounding the gunman Adam Lanza and his technical ability and physical strength to have prepared and handled the arsenal he reportedly carried and the frankly unbelievable accuracy rate he displayed. His purported lack of public history, the strange connections with his brother Ryan and the possible LIBOR banking scandal connections of his father. We cover all the theories that go so far as to suggest there were no victims, the shooter never existed, there never was a school and the majority of the town of Sandy Hook was in on the event.

With Gene Rosen, H. Wayne Carver, Wolfgang Halbig, Anderson Cooper, Chris Manfredonia, Dawn Hochsrpung, Victoria Soto, Peter Lanza, the Hockleys, the Parkers, the Wheelers, the Sexton-Greenbergs, the Phelps, the helicopter footage, the Firehouse, the Christmas trees, fake tears, laughing grief, the autistic scale, gun control, Nuns on the run in a purple van, the FBI, the CIA, Barack Obama and Emily Parker and the Sandy Hook kids at the Superbowl

Jim Jones and The Jonestown Massacre