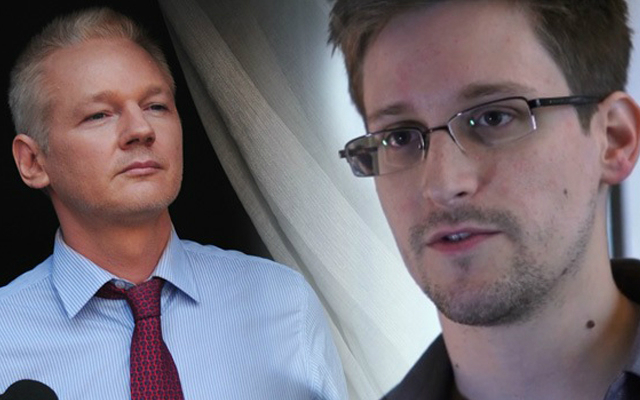 On this Podcast we look at the recent explosions of leaked classified data and the names connected like Snowden, Assange and Wikileaks. Hacktivists, disillusioned military personnel or alarmed intelligence officers these are the people exposing the dark underbelly of modern governments. The actions and illegalities that threaten to undermine the appearance of the world’s leading democracies. But this exposure has met with a backlash in the form of arrests, warrants, renditions and extraditions. A new global War on Whistleblowers that has spread to debates on encryption and online privacy laws like SOPA, PIPA, ACTA and CISPA.

At the vanguard of this assault on secrecy and conspiracy stands Julian Assange, co-founder and global spokesman of Wikileaks. After some shocking releases it was in 2010 that Wikileaks.org published the Iraq and Afghanistan War diaries and the now infamous ‘Collateral Murder’ video. Now known to be a leak by then US Army Private Bradley Manning, now Chelsea Manning, the huge information leak stunned the media and public. As the largest leak of classified documents in history it brought into incredible focus the true nature of the War on Terror and the atrocities of both sides. The incredible public backlash to the nature of illegal activities undertaken by governments inspired NSA contractor Edward Snowden to collect and expose his own information leak in 2013. This time revealing the unbelievable oversight of spying and espionage on a global scale involving and the annexation of personal and civil rights by intelligence communities.

The life and times of our major all major players and what brought them to the point of social revolution. The stunning releases of Wikileaks like the Scientology Manuals, The Guantanamo Bay Field Manual, e-mails from people like Sarah Palin and Hilary Clinton, the 9/11 pager messages, internal memos from banks Julius Baer and Kaupthing. And thousands of classified documents from everyone from the CIA, DoD, GCHQ and Mossad to governments in Somalia, Kenya, Russia, China, Israel, Australia, Iran and many others. We’ll also look at all the information from Snowden about the NSA, it’s Prism and XKeyScore data collection programs, GCHQ’s Tempora operation and the global information sharing intelligence network. And finally we’ll ask the question: are these heroic freedom fighters or foolish traitors weakening their own nations as we cover the life and works of Snowden, Assange and Wikileaks.