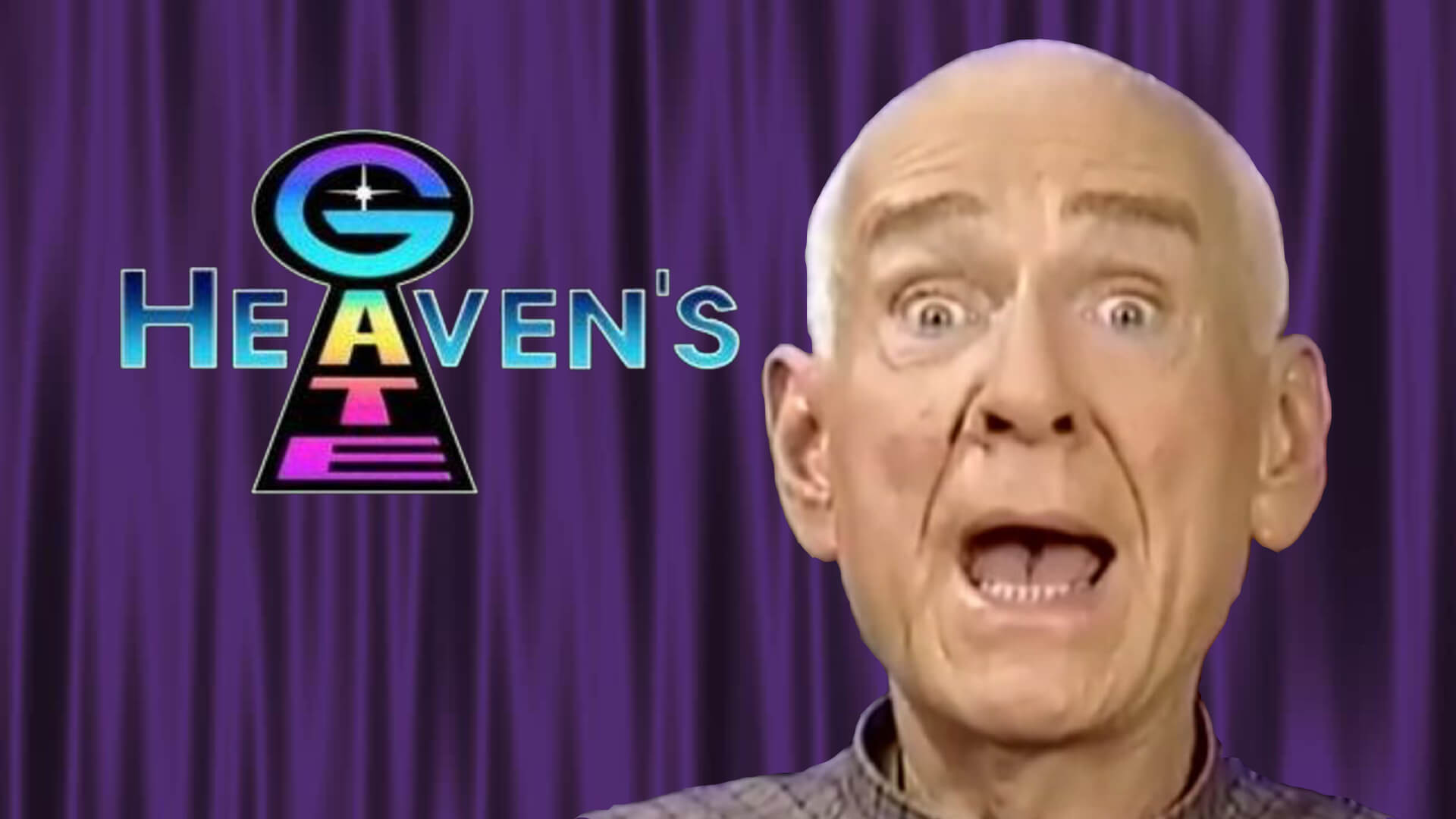 On this episode we talk about one of the biggest mass suicides on American soil and an organisation that shook the American people to the core in the late 90s, The Heavens Gate Cult. Classed as crackpots and ‘Techno Pagans’ the cult operated from 1976 until the mass suicide event in 1997 where 39 people died by ingesting poison laced applesauce, and lying down peacefully to die with a purple shroud over their face. This strangest of scenes was orchestrated by the cults leader Marshall Herff Applewhite who founded the cult with his wife and partner Bonnie Lou Nettles.

They allegedly met in a psychiatric hospital where Nettles was a nurse and Applewhite a patient. Suspected schizophrenia was the cause of Applewhite’s mental maladies and when paired with Nettle’s support and somewhat similar delusions, the recipe for a crazy religious organisation was born.Using mysticism, theosophy and fundamental elements of many religions, Nettles and Applewhite created a UFO focussed cult that appealed to the more modern faithful follower. God and Jesus didnt do it anymore for people coming out of the swinging 60s and the promise of hitching a ride, body and soul, on a real honest to goodness UFO into another galaxy was a dream for these cult members.

After Nettles death in 1985 the cult belief system took a dark turn and self mutilations, like castration, began to take place. Polygamy, starvation, celibacy, and mind control techniques like regiments sleep and food and constant humming were all inflicted on the members of the cult in Bonnies absence. Applewhite hatched a plan and created a new doctrine where only the spirit would now be accepted into the spaceship and in 1997 they got their chance.The Hale-Bopp Comet was to sail past the Earth and Marshall convinced the followers of the cult that there was a spaceship in its wake; piloted by Bonnie Nettles spirit 12 years after her death. The all believed and went about video taping confessional suicide notes on tape and describing their justification for the mass suicide that was about to take place. We discuss the origins of the cult, the nature of the relationship between Applewhite and Nettles and the mentality of the members to take their own lives.