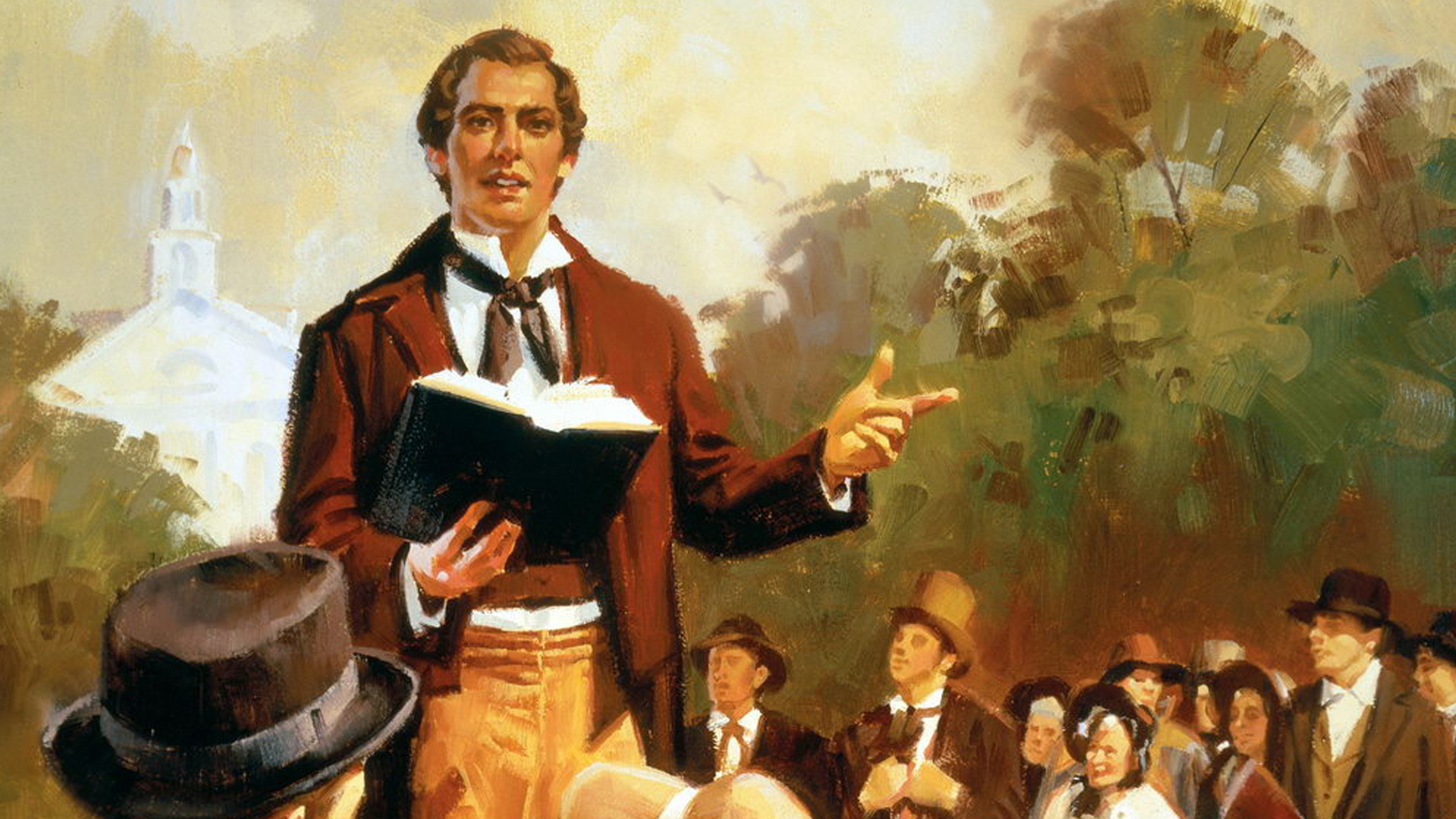 On this episode of Those Conspiracy Guys we dive deep into the history of one of the most popular religions in the US that is widely spreading around the world and came from the mind of one man with his face in a big hat, Joseph Smith and the history of The Mormons. In the very early 19th century a wave of spiritualism called the Second Great Awakening overtook America and the afterlife, religion and the occult were a fascination of everyone looking for titilation and an entertaining break from religious piousness.

Joseph Smith, from a family prone to visions, had God and Jesus come to him at age 15 and prophesise to him that he would be the leader of a new religion that would put right the wrongs of the church as it was. Using magical crystals and some golden plates that were shown to him by an ancient angel he was able to write the lost scriptures of the Christ after he moved to America and he preached this as the gospel truth

He gained many followers and soon thousands followed Smiths teachings. They would band together in villages, doing business with each other and eventually influencing politics. They were persecuted for their beliefs, including polygamy, and were driven from many towns and cities to the outskirts of the US. Mormons finally settled in the Utah territory, before it was part of the States, and made a quiet life for themselves there. Or so the history books would have you believe; but war and massacres abound as the Mormons fought for their independence while also killing a few travellers on their way to california for the gold rush

Using The Book of Mormon as their weapon of the lord their faith prevailed and they grew larger still in numbers. Arrangements with presidents and governors saw them safe in Utah and their slow spread worldwide has come from a network of powerful people in their ranks. Some even say this is a cult and the members are mind controlled, and borrowing heavily from many other religions and integrating some of the secret practices of secret organisations like Freemasons, its hard to totally dismiss that notion.