The Official Story of September 11th 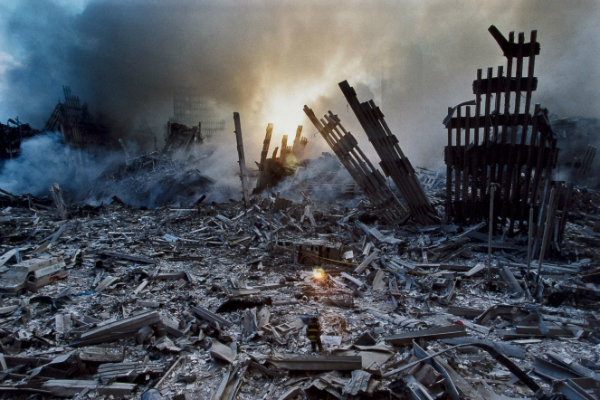 On this Podcast we tackle the grand conspiracy of our generation, the September 11th attacks in New York city. An event which changed the economic and geopolitical landscape of the world as we know it today. Starting a chain reaction of conflicts that changed, war, terrorism, travel and intelligence the world over. On September 11th 2001 four commercial jetliners were hijacked by 19 terrorists from Saudi Arabia, the UAE, Egypt and Lebanon. Funded and trained by Al Qaeda and it’s leader Osama Bin Laden the terrorist attack is still the single biggest loss of US civilian life in an act of terrorism. By the end of the day all four planes and their passengers were destroyed. The Pentagon was burning, Flight 93 was downed in a Pennsylvania field and the twin towers of the World Trade Center plaza were gone.

For 15 years accusations have swirled of government involvement. Be it stoic fore-knowledge or total complicity all theories point to a conspiracy of treasonous actions. The 9/11 Truth movement, still pushing for new investigations today, have archived thousands of pieces of evidence and research. The Architects and Engineers group have over 2000 trained personnel dumbfounded by the science of the official NIST report. Fingers have pointed to military stand-downs and suspicious drills. Bush administration connections and agendas. Financial frauds and criminal cover-ups. Faulty testimony and phony evidence. And all the grand physical impossibilities of the coordinated and curios attacks. From flight paths and phone calls to jet fuel and melted steel beams. We’ll pour over all the evidence, allegations, facts and frauds widely available on the internet.

After the World Trade Center

When attempting to answer the big questions of the who and why of the parties responsible we ask who had the motive and opportunity to pull off such a vastly orchestrated operation. Who stood to benefit, and in hindsight, who did benefit from the attacks, the ensuing War on Terror and the world we see today. We analyze the changes to movement and personal privacy, and the legislation that has changed the rights of the individual. We’ll talk about the intelligence agencies and military institutions rumored to be involved and attempt to connect the web of conspirators behind the attacks. From Washington to Israel, Saudi Arabia to Iraq and countless lives in-between.