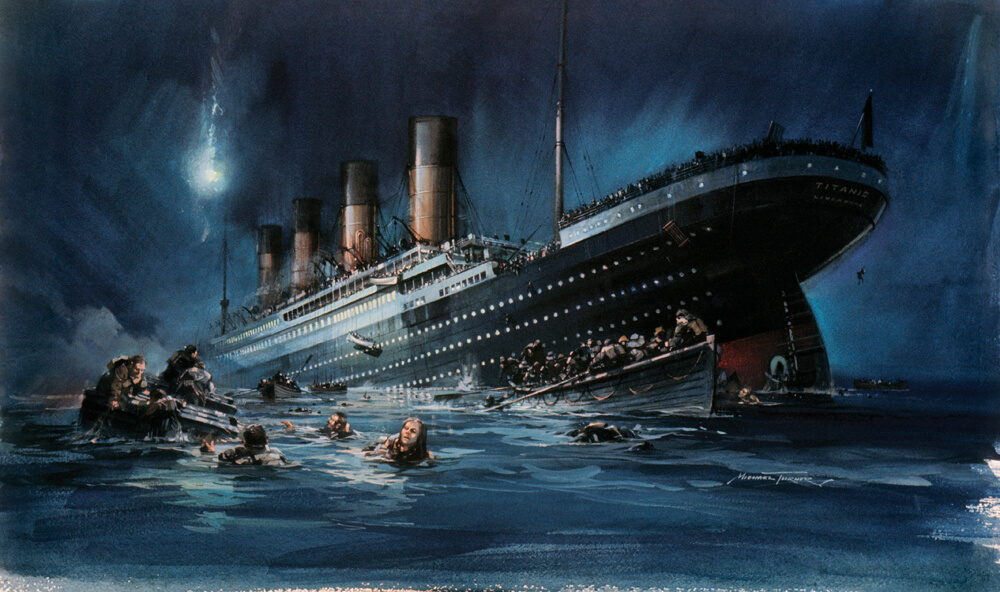 On this Podcast we crash into the frigid waters and contentious history of the Titanic Conspiracy. A story of lies, fraud, intimidation and murder woven into one of the most familiar narratives of the 20th century. It may be an iconic moment immortalized in the annals of cinema but the tales of a terrible secret hidden in the icy depths continues. A century has passed and the conspiracy and evidence seem only to build to new heights with accusations of corruption leading all the way to the top of governments, banking and industry in both Britain and America. We’ll talk about the history and creation of the Titanic and the new twist on an old story.

The talk of a monumental insurance scam at the heart of the Titanic’s tale would seem to have started even before the ship left on her maiden voyage. The Olympic was a sister ship and the other jewel in the crown of the White Star Line. An ocean liner almost identical to Titanic, it’s said a catastrophic collision left her worth no more than scrap. Which led to rumors of a dastardly switch and a plan to purposely sink the unsinkable ship circulating among the workers of Harland and Wolff in Belfast. Proponents of the theory point to photographic and anecdotal evidence of a switch. And the actions of rescue ship the Californian and the testimonies of witnesses and Titanic crewmen have come under scrutiny as more proof of deliberate disaster. We’ll cover the genesis of the White Star Line, the sister ships and scam said to have been covered up in the inquiries.

As the exploits of Robert Ballard brought the world face to face with the wreck of Titanic it only served to create more evidence and intrigue within the talk of a conspiracy. The connections of White Star Line and industrial heavyweight JP Morgan bubbled to the surface. The list of those who perished began to produce some suspicious links. And the list of those who failed to attend their place on the ill-fated voyage brought more questions. It all culminates in a theory of murder and corruption that places the Titanic as a key cornerstone in the formation of the great banking conspiracy of the modern age. We’ll discuss all the factors and findings of the long hidden connections and wild speculations of a conspiracy theory that seeks to raise the truth from the murky depths.