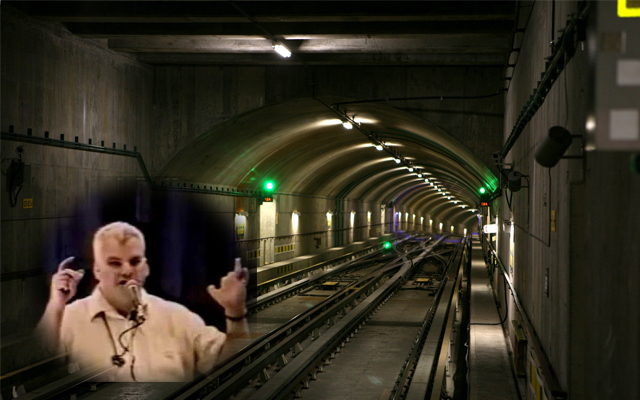 On this Podcast we delve into the claims of Deep Underground (or undersea) Military Bases and their some rumored, some confirmed existence dotted all over the globe. The story of DUMBS and Phil Schneider the main advocate for the conspiracy theories connects into numerous other theories of aliens and hidden advanced technologies. These ‘blacksites’ as they are known are said to often be beyond government oversight and reside on hidden budgets with clandestine hierarchies. The rumors vary but they are said to house everything from secret weapons and vehicles to extra terrestrial life forms and human/alien hybrids. We’ll look at the ancient sites of underground construction and the known examples of military facilities. And at the heart of these claims are the tales of DUMBS and Phil Schneider.

The Ballad of Phil Schneider

As a self styled whistleblower, Phil Schneider exploded onto the MUFON scene as someone with very respected and tangible connections to the world of conspiracy. We’ll cover his claims of the existence of these bases, inter-connected by a supersonic rail network and constantly being enlarged by a core of USAF engineers. His connections with the military and those of his father Oscar who he claims was stationed on the USS Eldridge of Philadelphia Experiment fame. And we’ll look at the suspicious circumstances of Phil’s apparent suicide. Something challenged by his ex-wife Cynthia, and also look at the strange suicide of Ron Rummel, Phil’s co-founder of the magazine Alien Digest..

At the forefront of Phil’s claims are those of an incredible firefight with ET’s at a base near Dulce, New Mexico. A firefight he wore the scars of until the day he died, adding huge credence to his overall claims. These claims later backed by such luminaries as Al Bielek and Al Pratt and more solidly by an ex-security officer at the Dulce facility, one who claims to have seen horrific experiments and a terrifying alliance with alien species, video evidence and photographs of laboratories descending down into 7 levels of science fiction hell.